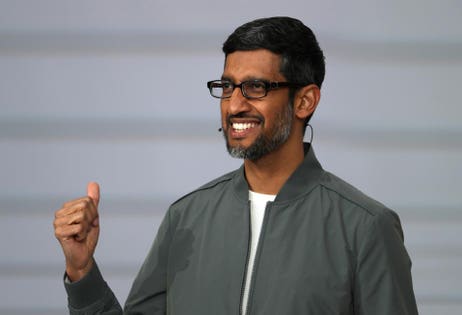 Sundar Pichai told The Independent newspaper in Ireland that the technology giant, which employs over 8,000 people in the Irish capital, is willing to subsidize the local housing sector.

“It’s something we would think about doing over time,” Pichai said. “It makes sense for us as a company to do it and it’s also the right thing to do.”

Pichai added that housing is one of the issues “we care about”. “I think we are in the early stages here. I think being part of Dublin, for us, means it’s important that we get our development right in a way that works for the community.”

Like other hubs elsewhere in the world, Dublin’s tech boom is having an impact on the local real estate market.

Tech workers who gain on average around €100,000 a year are putting property prices out of budget for the rest of the population.

In the US, Google is already spending some $1bn for community housing in San Francisco to help reduce the city’s spiralling housing costs.

Pichai said that his company wants to “engage with the community” and “do what is right”.

“If you look at Silicon Valley in the past, specifically companies like Hewlett Packard and its founders, they invested a lot in the communities around them. And so I think that’s what led to much of the sustainable development back then. We’ve gone through a few years of hyper growth. Maybe that sees things fall behind. So I think it has to go hand in hand.”

But the CEO added that the Irish government would need to support Google’s housing intervention.

“There’s got to be support from the Government too, in terms of development and planning matters,” he said “I think it will be a process of engagement rather than us just deciding what to do.”

Pichai was in Ireland to promote Google’s €1m grant for the children’s charity Barnardos.

The Google and Barnardos online safety scheme is looking to help kids understand the dangers of online browsing.

“The digital world can pose significant risk to children if they do not know how to recognise inappropriate material or react to suspicious behaviour online,” said Barnardos CEO Suzanne Connolly.

“It is our hope that through this partnership, we will equip children, parents and teachers with the skills, resources and knowledge to ensure they can safely explore and experience the positive opportunities the internet offers while minimising the risks.”