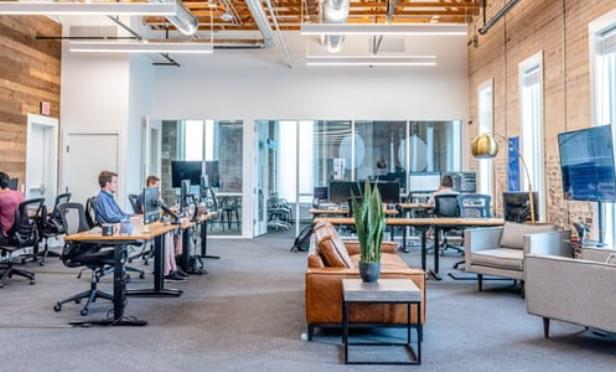 DALLAS—The increasing migration of flexible office space and co-working locations to areas outside of major metropolitan cities globally is creating a flex economy that could contribute more than $127 billion to US local communities in the next decade, according to the first comprehensive socio-economic study of suburban workspaces from Regus. This global migration could contribute more than $254 billion to economies around the world during that same time period.

“This study reveals a shift in jobs and capital growth moving outside of city centers, where it has been focused for the last few decades, into suburban locations,” said Steve Lucas, report author. “This can benefit businesses and people, from improving productivity and innovation, to reducing commuting time, which leads to improved health and well-being.”

The study uncovered several interesting observations. On average, 161 new jobs can be created in US locations that contain a flexible workspace, higher than the global average of 121 new jobs. Opening a flexible workspace in the US can account for up to $18.88 million going directly into the local economy per year.

Aside from the direct financial impact, co-working has been found to benefit workers and local regions in other societal ways. In the US, this means a reduction in the time spent commuting. That is, access to a local office space can save up to 21,783 hours per year (or 908 days), of which 10,892 hours (or 454 days) are assumed to be used for personal purposes, the most time of any of the 19 countries analyzed in the Regus study.

Co-working also stimulates businesses and services in the nearby local areas by generating more than $28 million in gross value added each year in the United States, the largest of any country analyzed in the study. Moreover, creating shorter commute times has been shown to reduce stress levels, and increase staff morale and resilience, as well as mental well-being.

“When people commute into major cities, their wallets commute with them. Working locally keeps that spending power closer to home,” said Mark Dixon, CEO for Regus’ parent company IWG. “What this study shows is that providing more opportunities for people to work closer to home can have a tremendous effect not just on them, but on their local area too. Businesses also recognize the benefits and we are seeing increasing demand from companies of all sizes for flexible space in smaller cities and towns.”

This rise in local working is being largely driven by big companies adopting flexible working policies, moving away from relying on a single central headquarters and increasingly basing employees outside of the major metropolitan hubs in flex spaces. Most are doing so to improve employee well-being by allowing workforces to work closer to home, and also to save money and boost productivity.

One metro that is getting in on the co-working craze is Dallas-Fort Worth. This changing mindset is due to the growing workforce and sprawling infrastructure of the DFW region, precipitating the need for flexible workspace.

“The perception and the concept of co-working continue to grow in a positive manner. People love the diversity in the IWG brands (Spaces, Regus) and the local convenience,” Michael Berretta, vice president of network development with IWG tells GlobeSt.com. “Corporate customers also favor the speed and ease of entering a new market for a regional headquarters or the cost savings from flexible terms for remote or field sales personnel. Considering our US headquarters is also located in Dallas, we expect to continue our growth in the region and will look for ways to expand our portfolio in DFW.”

IWG opened three Dallas-area Spaces locations in 2019 with three more scheduled to open in the first half of 2020. IWG will open its first Signature Regus location in Dallas in 2020 and currently has more than 130,000 square feet in the metro.

“As we continue to grow Spaces, we are always on the lookout for communities that have a solid demand for flexible workspace and DFW is a prime example of that,” Berretta tells GlobeSt.com. “We’re expecting to see continued growth in the area and the industry as a whole for the decade as corporations make adjustments to their real estate portfolios, and as demand grows for shorter commute times for environmentally conscious and work-life balance focused workers.”

The analysis, commissioned by Regus and conducted by independent economists, studied key countries to delve into the economic and social impact of flexible workspaces in secondary and tertiary cities, as well as suburban areas through 2029.

Office Supplies
Buying a House in Portland Oregon | Portland Housing Market
Rehabbing Houses 101 – How To Flip A House Step By Step Part 2
Cramer: Here’s why malls in America might not be dead after all
Mall owner Simon Property Group to buy rival Taubman Centers in $3.6 billion deal
Sell Now Iowa: The Stress-free Process to Selling Your Property